Anthony Joshua, also known as AJ and the current holder of the IBF heavyweight title, is set to defend it for the second time at the Manchester Arena on 26th November (currently Joseph Parker is likely to be his opponent) and, as part of his preparations for the upcoming fight, decided to invite the public to join him on a run around Hampstead Heath. Arranging the event, which was part of Lucazade Sport’s #madetomove campaign designed to get more people active, with a tweet asking: “Going for a run, who’s about?” Access Facilities Management was asked to provide the security for the run, which took place in the large London park on Thursday 15th September and the final details were announced the same day over twitter: “IT’S ON! Hampstead Heath. 6:30PM. Grab your trainers & let’s get moving!”

It was always going to be an interesting challenge to provide the security for the event, with no definite idea of the numbers of people to expect and AJ nearing his IBF heavyweight title defence; however the event was a great success and around 300 people turned out to train with the boxer. According to the Metro: “Rocky-esque scenes ensued”. Everyone had a fantastic time and AJ stayed behind long after the run was over to take pictures with the fans and sign a few autographs. Throughout the event Access Facilities Management staff helped to ensure that everything ran smoothly and showcased their experience and expertise, even taking part in the run with AJ; highlighting the need to ensure that the right security firm is hired for the job.

The run marked the start of AJ’s training camp for his second title defence, although by all accounts he has already been training hard in preparation for the upcoming fight. Whilst speculation is still rife about who the Champ will face, with Hughie Fury, Joseph Parker, Kubrat Pulev and even Wladimir Klitschko (after his re-match with Tyson Fury collapsed) being mentioned as potential opponents. AJ will also be taking part in another #madetomove event on the 10th October for Lucazade Sport.

Anthony Joshua, MBE has held the IBF heavyweight title since April 2016, having previously held the British, Commonwealth, and WBC International heavyweight titles. Before turning professional he represented Great Britain at the 2012 Olympics, winning a gold medal in the super-heavyweight division. 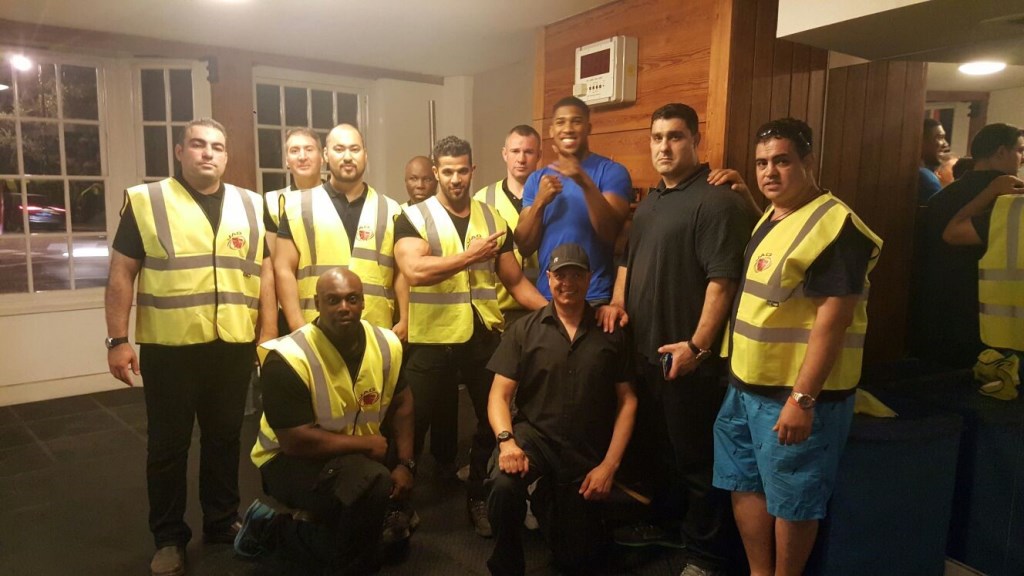 Top 10 reasons to work in Security

Working in security can be a challenging job but it is also incredibly fulfilling. There…